Recently one of my friends has bought a ThinkPad X1 Carbon 5Gen on TaoBao and found that the Network controller might has been altered by the seller. He found this problem after the installation of Fedora 27 and found the wireless function “is gone”(in his word), so he came to me to seek help. 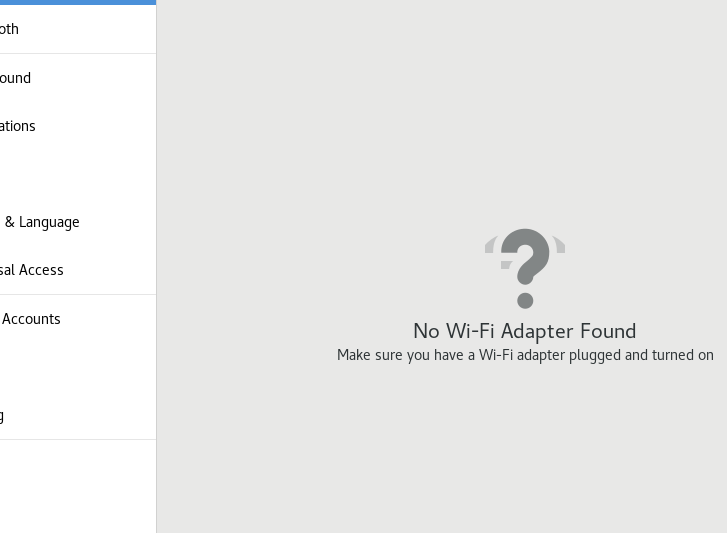 The technical specification on the Lenovo Website shows that that X1 Carbon should come with Intel Wirelesss card, while his ThinkPad is shipped with RealTek RTL8821CE.

It’s obvious that this laptop has been tampered by the seller, the current problem is how to fix this broken driver problem. I’ve tried dnf update to update the system with latest packages and kernel 4.16, the problem still remained. So I tried a method introduced by a blog on CSDN which successfully solved this problem, at least with the current kernel.

The key problem for this is the lack of drivers, the repository endlessm/linux come with the sufficient driver for RTL8821CE. The directory for that is linux/drivers/net/wireless/rtl8821ce/, after obtaining the files we need to cd into that directory and change the line with

Be sure you have installed build-essential package group to continue.

Then we just need to

and the problem should be solved right away, though it’s not clear what might happen after the upgrade of kernel in the future, the long-term way should be change the Wireless card ASAP.

Update: This module needs to be compiled each time on Kernel upgradation.

Update 2: Thanks for a comment by Farran, there seems a way to avoid the compiling for each Kernel upgradation, as the link he suggests: https://github.com/abperiasamy/rtl8812AU_8821AU_linux/issues/84#issuecomment-193326057.

It’s weird that the US Edition of X1 Carbon can have the price difference of around 300$ with the Chinese Edition, and this is the key reason that many of the Chinese customers choose to buy ThinkPad from US rather than China. Many TaoBao Sellers claim the laptop is from US, which is true, but they changed the changeable components to cheaper ones to gain more interest is quite annoyning.

When there is the chance to tamper with customers, there should be people doing this. If you need a ThinkPad X1 Carbon, the cheapest way for Chinese customer might be buying the American Edition directly, since this may need a private US billing address, lots to them goes to TaoBao for it, but after this incident, I personally cannot trust TaoBao anymore.